Home › PDFs › BROKEN: A Story of Abuse and Survival PDF 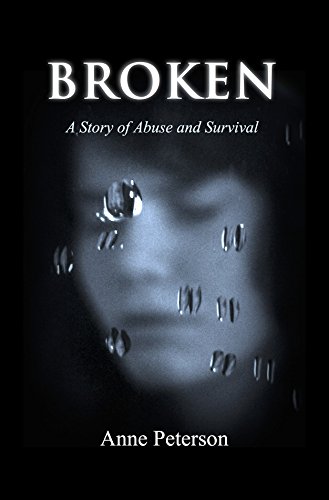 BROKEN: A Story of Abuse and Survival pdf html
by Anne Peterson (177 pages)

Divorce…the letter read
“Violence…it went on
A long distance call made,
“I can’t talk now!
He’s harassing me again.”
Hours later the phone rings
and two sisters talk.
“Calling the police was easy,
I wish I would have done it sooner”…

Anne Peterson opens the door of her life and lets you in. There will be times it’s difficult, times you want to close the book, but you won’t. You’ll want to find out what happened, and not only in the life of her sister, but in her life as well.

For years, Anne has been the member of a club she never wanted to join. And now she’s letting you in. You’ll see what a life of abuse looks like, understand the effects it can have on a person. Long term effects. But she won’t leave you there. Instead she will tell you that being broken doesn’t have to be the end of your story. It can be the beginning.