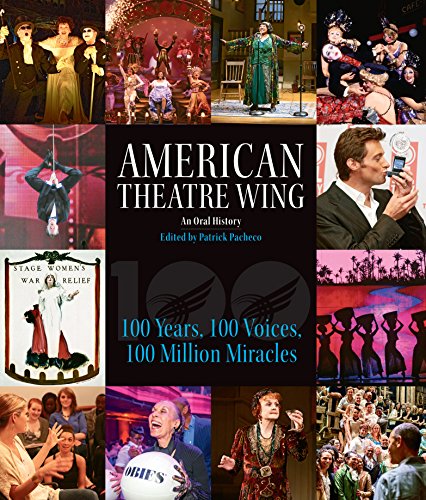 Celebrating the 100 years of the American Theatre Wing, this book is a fascinating cornucopia of untold lore and never-before-seen photos as prismatic and unexpected as the theater itself.
In 1943, a wounded soldier aided by a cane limped into the Stage Door Canteen, the American Theatre Wing’s fabled New York club created to entertain the allied forces. Two hours later, he was said to have left with a spring in his step―and without the cane. This “miracle” is just one of many recounted in the lavish book The American Theatre Wing, an Oral History: 100 Years, 100 Voices, 100 Million Miracles.
The other miracles are more commonplace, if no less remarkable, told by the impassioned artists and theater advocates who created and sustained this preeminent theatrical organization, including Angela Lansbury, Rosie O’Donnell, Patti LuPone, Audra McDonald, Harold Prince, Kenny Leon, Neil Patrick Harris, David Henry Hwang, Harvey Fierstein, and James Corden. These oral histories trace the American Theatre Wing’s dedication to supporting and fostering American theater and the burgeoning and veteran artists in their stories―from Broadway, Off Broadway, and regional theater.