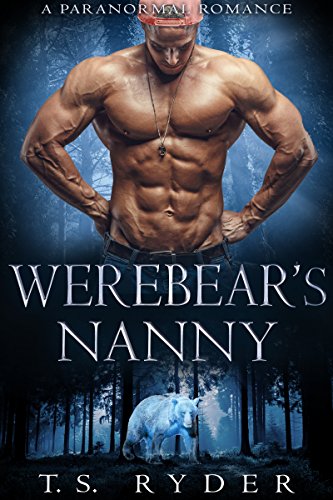 After a disastrous marriage, Cynthia has accepted that she’ll never have her prince charming. Her chance at a fresh start arrives when she gets a job as a nanny on a mysterious island.

But when she sees her new boss, with his sculpted abs, tanned skin and that deep V that disappears into his low-slung jeans, she knows that she’s in for trouble…

Tyrell is most definitely not looking for a mate. He’s more than happy working at his ranch and taking care of his daughter. Relationships only bring trouble.

But he’s in for the fight of his life when Cynthia unexpectedly shows up on his doorstep. Her smile knocks the wind out of him. She’s the forbidden fruit he longs to taste.

There is one small problem. Cynthia has never heard of shifters.

She doesn’t know that she’s landed on an island full of bears.

That not everybody wants humans here…

And that she’s in danger…

This is a full length novel of 55,000 words. It is a standalone romance in the “Bear Shifter Island” series. Other parts in the series are:
“Mated to Four Werebears”
(more parts are coming)
18+ readers only.