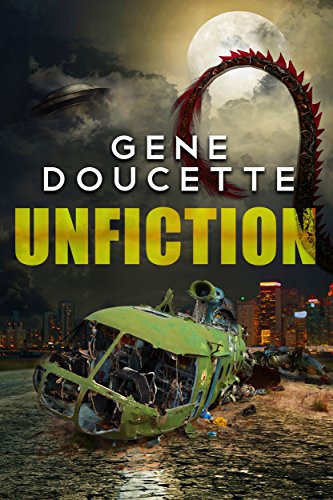 When Oliver Naughton joins the Tenth Avenue Writers Underground, headed by literary wunderkind Wilson Knight, Oliver figures he’ll finally get some of his wild imaginings out of his head and onto paper.

But when Wilson takes an intense interest in Oliver's writing and his genre stories of dragons, aliens, and spies, things get weird. Oliver’s stories don’t just need to be finished: they insist on it.

With the help of Minerva, Wilson’s girlfriend, Oliver has to find the connection between reality, fiction, the mythical Cydonian Kingdom, and the non-mythical nightclub called M Pallas. That is, if he can survive the alien invasion, the ghosts, and the fact that he thinks he might be in love with Minerva.

Falling somewhere between Cloud Atlas, The Secret Life of Walter Mitty, and Westworld, Unfiction is a wild ride through the collision of science fiction, fantasy, thriller, horror and romance. It's what happens when one writer's fiction interferes with everyone's reality.

Unfiction is the latest novel from Gene Doucette, the bestselling author of The Spaceship Next Door.