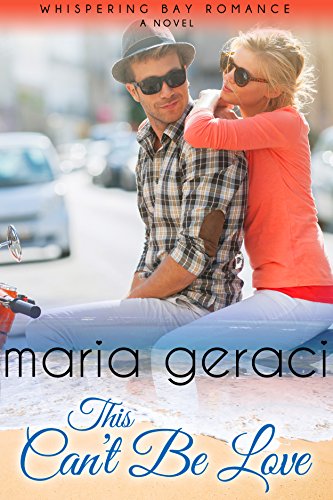 A 2018 Rita finalist for Best mid-length Contemporary Romance of the year!

He's not the marrying kind. She doesn't believe in love. Both of them think a summer fling will be no big deal...

Luke Powers has a stellar career, a loaded bank account, and the perfect girlfriend. Or so he thought until she gives him a marriage ultimatum. Unfortunately, he's just not the marrying kind. After working six months non-stop, all he wants now is a few weeks of R&R in the beach house his late grandfather left him in his hometown of Whispering Bay. But when he shows up late one night, he finds something totally unexpected--a naked blonde in his bed.

Sarah Jamison is the antithesis of perfect. She's a college dropout, a bit of a slob, and annoyingly opinionated. But she also makes the best macaroni and cheese Luke has ever tasted. A roommate wasn't in Luke's summer plans, but she's here, so she and her macaroni might as well stay.

Sarah is in Whispering Bay long enough to help out a friend, then she's off to greener pastures. Spending a few weeks with the attractive, but acerbic Luke, won't be any skin off her nose. Except, the two of them have more in common than she originally thought, and those blue eyes of his have a way of making her panties melt.

As things between them begin to heat up, Sarah and Luke have to admit they've definitely fallen in lust with one another. But in love? No way.