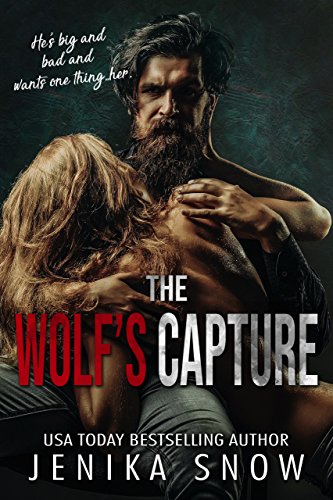 It should have just been a simple vacation, away from everyone and everything to clear my head. But I soon realized I wasn’t alone.

He stalked me, hunted me. I should’ve run faster, tried harder. But the truth was I liked him chasing me.

Wolf was a ruthless man, his way of living barbaric. Now he had me in his off-the-grid cabin, what he deemed my new home. I was his new wife, would have his babies.

I was his irrevocably.

I shouldn’t have felt arousal. But I did.

He’s not going to let me escape ... but then again, maybe I don’t want to.

Warning: This one has bite to it—even if it’s NOT paranormal! As per the usual ... it’s short and fast and pretty unrealistic … but it gets right down to the juicy bits. It’s one of those stories that will have you wanting to find your own Wolf in the woods.