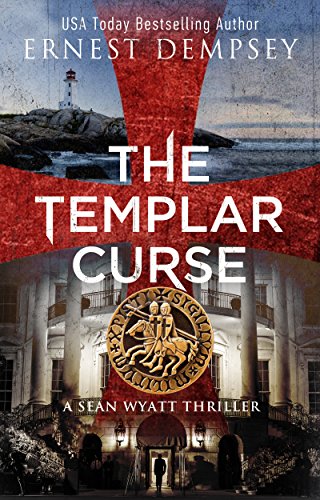 Throughout the course of human warfare, no weapon has been as feared, as deadly, as the Ark of the Covenant.
Legend claims that this mysterious, supernatural force, first carried into battle by the ancient Israelites, was so powerful that the Ark could lay waste to entire armies, entire cities in moments—thousands of years before the advent of nuclear bombs.
So, when an ancient order of killers reemerges from the shadows after centuries of hiding—convinced that other secret societies took the Ark from Jerusalem to hide it in early America—international treasure hunter Sean Wyatt knows exactly what they seek and why. And that realization terrifies him.
Together with his best friend and sidekick, Tommy Schultz, Sean must track down the Ark before the Order of the Assassin can. Before their order can pervert this heavenly power and wield it to enslave all of humanity.
In a life-or-death fight to save both themselves and free people everywhere, Sean and Tommy must again beat the clock, this group of murderous villains, and a series of cryptic traces left by the ancients both to throw these bloodthirsty men off the trail and to save us all.
In his latest Sean Wyatt thriller, USA Today best-selling author Ernest Dempsey again rips the veil from history to throw readers headlong into a hidden world of clues, secrets, and danger. Readers, hold fast to Wyatt and Schultz, or you too might be lost to the deadly Templar Curse.