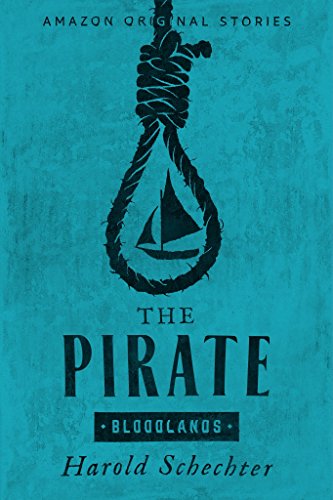 In 1860, a sloop drifted into New York Harbor. Not a soul on board—just blood from cabin to deck. Looted coins led to Bowery thug Albert Hicks, the ax slayer who turned his shipmates into chum.

His crimes were absolutely fiendish. His execution was pure ballyhoo. It drew nearly ten thousand bloodthirsty sightseers to the city—including the enterprising showman P. T. Barnum. Refreshments were served as the most notorious and unrepentant mass murderer of the era made history as one of America’s first celebrity killers.

The Pirate is part of Bloodlands, a chilling collection of short page-turning historical narratives from bestselling true-crime master Harold Schechter. Spanning a century in our nation’s murderous past, Schechter resurrects nearly forgotten tales of madmen and thrill-killers that dominated the most sensational headlines of their day.