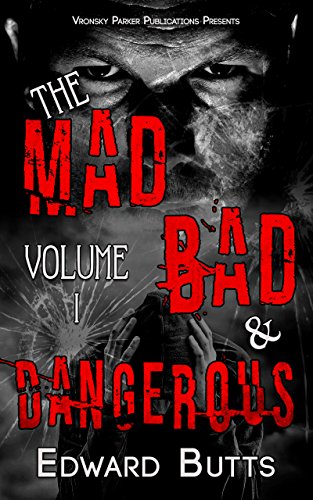 The Mad, Bad and Dangerous: Volume I, is a collection of true stories about murders committed by men from widely differing backgrounds. One was the spoiled, eccentric son of wealthy parents.

At the opposite end of the social spectrum was an impetuous rural youth who was a petty thief, obsessed with the power of a gun. The suspect in the massacre of almost an entire family was a farm boy with a history of mental illness. Another youth with a disturbing past stalked young women.

A band of criminal brothers made a cold, calculating decision to permanently silence a witness. These men were separated by time and place, but had one thing in common. They were killers!