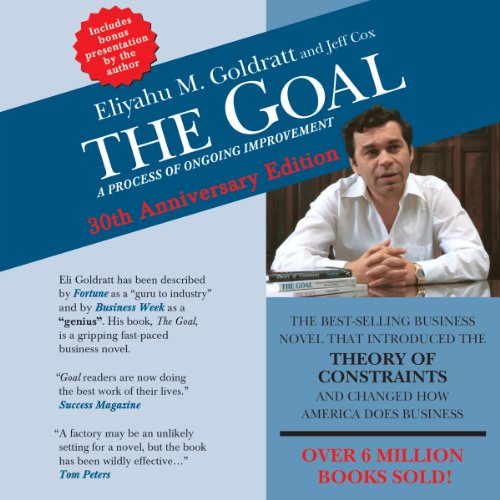 In this intriguing business novel, which illustrates state-of-the-art economic theory, Alex Rogo is a UniCo plant manager whose factory and marriage are failing. To revitalize the plant, he follows piecemeal advice from an elusive former college professor who teaches, for example, that reduction in the efficiency of some plant operations may make the entire operation more productive. Alex's attempts to find the path to profitability and to engage his employees in the struggle involve the listener; and thankfully the authors' economic models, including a game with matchsticks and bowls, are easy to understand. Although some characters are as anonymous as the goods manufactured in the factory, others ring true. In addition, the tender story of Alex and his wife's separation and reconciliation makes a touching contrast to the rest of the book. Recommended for anyone with an interest in the state of the American economy.