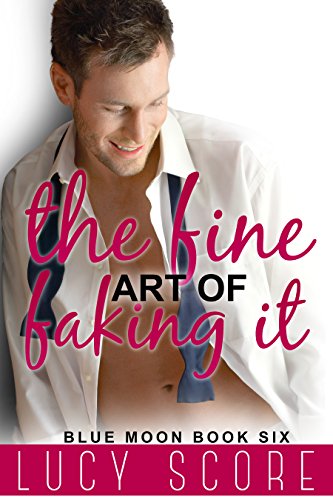 Davis Gates. Naked. Tossing her a handful of orgasms like he was on a lust-themed parade float.

For the past fifteen years, Eden has worked her ass off to overcome high school. She’s cornered the tourism market in Blue Moon offering visitors a place to stay in her hippie, dippy hometown. Business is booming, she’s close—but not too close—to family, and she’s got two dogs to keep her company. Life is perfect. Almost.

She also has the misfortune of sharing a property line with the crush who broke her teenage heart.

Davis spends his days gently wrestling control of the family winery from his father’s semi-retired hands. He doesn’t have time for things like dating and love. Especially since he never got over hurting his dream girl in a fog of teenage stupidity. Now, they’re neighbors… and the latest generation to carry on their families’ ridiculous, fifty-year feud.

When the Beautification Committee resorts to an unprecedented—and disastrous—matchmaking scheme, enemies Eden and Davis have to team up to bring them down. But will their fake relationship get too real?

Author’s Comments on Trope:
Enemies to fake lovers to friends to lovers. Rom-com to the max with a prickly, grudge-holding, thirty-something heroine who is nobody’s doormat and the ultimate nice guy looking for a second chance. Boom.