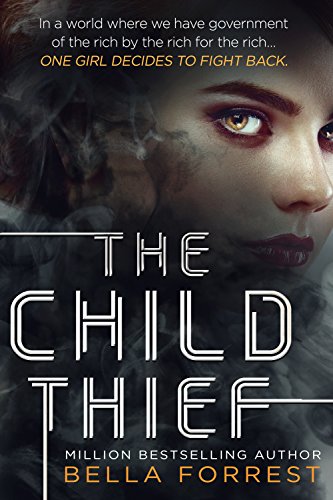 They call her Robin Hood...

In a world where we have government of the rich by the rich for the rich, one girl decides to fight back.

America in 2105 is beset with mass inequality, poverty and increasingly large numbers of the poor. This, combined with the breakdown of families and marriages has led to huge economic and societal burdens. A fractured and divided America ushers in an authoritarian government that promises to solve all these problems in one stroke with a radical solution.

Welcome to the CRAS: the Child Redistribution Adoption System. Also known as the cure for America’s failing economy, it is the bane of nineteen-year-old Robin Sylvone’s existence.

Under the System, millions of poor families have their children taken and given to the rich. And as a single teen mother, Robin fell within the scope of the scheme and lost her baby two years ago. After being forced to drop out of school and become a factory worker in order to support herself, she doesn’t see much light in her future—or hold any hope of seeing her child again.

Until she stumbles upon a group of misfits who share her frustrations and desire for change. They are an underground movement of thieves, stealing children back from the rich and returning them to the poor.

Robin will do anything to find her daughter, even if it means tangling with a government that has zero tolerance for rebellion.

Even when the penalty is death.

Will Robin find her baby girl? Or is she destined to the same fate that all other rebels have met at the hands of the United Nation of America?

Fans of The Gender Game, The Handmaid’s Tale or The Hunger Games will be gripped by this thrill-ride through a chillingly warped America.

What Early Readers are Saying:

"One of my favorites. The story is different from any I have ever read."

"Five stars. Holds your attention from start to finish. There is suspense, action, romance, all in one. Fantastic storyline. Love the characters and dialogue."

"Amazingly well written [...] ensnared my attention from the moment I downloaded it".

"Everything about this book is chilling, exciting, scary and yet totally believable."

"Characters have depth and pull you deeper and deeper into story. Unexpected twists keep you glued to each page."

*Beware of spoilers in the reviews below that are without spoiler alerts.*