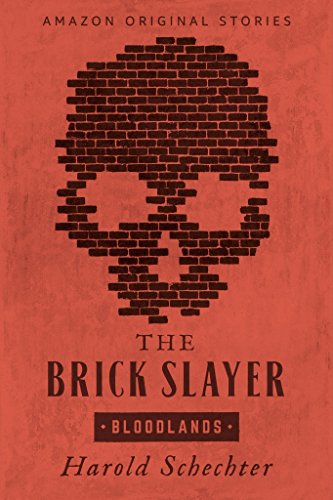 A series of brutal home invasions terrified Los Angeles in 1937. They ended in Chicago a year later with the arrest of African American teenager Robert Nixon, igniting racial tensions in an already appallingly divided city.

Tortured in custody and portrayed by the press in the most lurid and flagrantly racist terms, Nixon faced an all-white jury. It would be the fastest conviction in the history of Cook County. Used as inspiration for Richard Wright’s classic social protest novel, Native Son, the case against Nixon is a still-relevant examination of bigotry, suppressed rage, and the making of a murderer.

The Brick Slayer is part of Bloodlands, a chilling collection of short page-turning historical narratives from bestselling true-crime master Harold Schechter. Spanning a century in our nation’s murderous past, Schechter resurrects nearly forgotten tales of madmen and thrill-killers that dominated the most sensational headlines of their day.