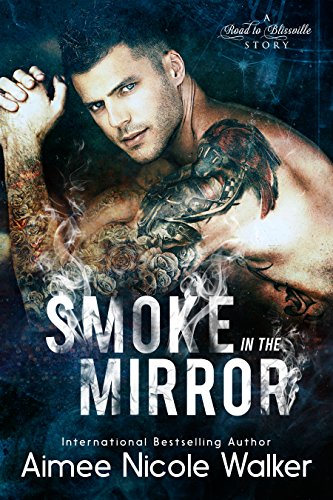 Memphis Sullivan thought he was coming to Blissville to help his cousin out, but instead, he gained three meddlesome females, a tribe, and a permanent home. More than a year later, he owns a popular comic book and vinyl record store and doesn’t think his life could get any better. That all changes when the star of his favorite television show and bad-boy fantasies rides into town and spices up his vanilla world.

Lyric Willows’ decision to visit an old friend in Blissville will change his life in ways he never dreamed possible. The paranormal investigator is immediately drawn to the mysterious disappearance of the town’s founder in 1850 and rumors that his former home is haunted. More alluring to Lyric than the history of Bliss House is the immediate connection he feels to the adorably geeky owner of Vinyl and Villains, who also happens to be his friend’s cousin.

Lyric becomes Memphis’s houseguest when he decides to stay in town to conduct a paranormal investigation. Tight spaces lead to sexy encounters, and before long, ghosts aren’t the only things that go bump in the night. The more they unravel about Anthony Bliss’s disappearance, the more tangled in one another they become. How is it possible for two virtual strangers to feel like they’ve known each other for their entire lives? Was their love written in the stars, or is it nothing more than an illusion?

Smoke in the Mirror is the fifth book in the Road to Blissville series. Each book can be read as a standalone book or part of the series. This book contains sexually explicit material and is intended for adults 18 and older.