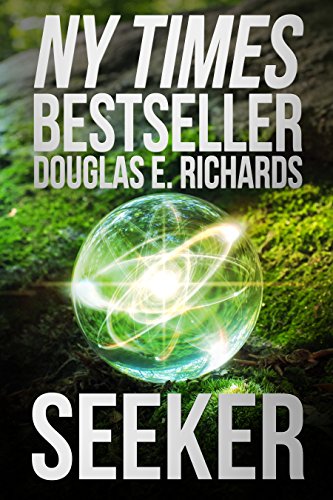 A breathtaking near-future thriller. From the NY Times bestselling author whose books have been downloaded over a million times.

A small alien spacecraft with extraordinary secrets. And a mad scramble to get to it first.

When an interstellar probe lands in the heart of the Amazon Jungle, powerful nations around the world will stop at nothing to retrieve it. Because the unoccupied alien craft is sure to contain revolutionary technology. Technology that will allow the country that controls it to dominate the globe.

With the probe hidden within the densest rainforest on Earth, traditional military power is useless. So the US chooses to send in a single operative, a man who's been enhanced to the limits of current technology. He'll be greatly outnumbered, and with so much on the line, not even the closest of allies can be trusted.

But the true stakes are higher than anyone could possibly know. Because all is not what it seems.

And the alien spacecraft has plans of its own . . .

"Richards is an extraordinary writer," (Dean Koontz) who can "keep you turning the pages all night long." (Douglas Preston)