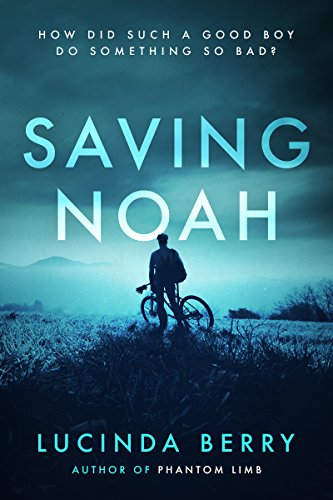 We forgive murderers, not pedophiles.

Not since Lionel Shriver brought us We Need to Talk About Kevin has a writer delved into the complexities of a disturbed mother/son relationship. Until now.

Meet Noah—an A-honor roll student, award-winning swimmer, and small-town star destined for greatness. There weren’t any signs that something was wrong until the day he confesses to molesting little girls during swim team practice. He’s sentenced to eighteen months in a juvenile sexual rehabilitation center.

His mother, Adrianne, refuses to turn her back on him despite his horrific crimes, but her husband won’t allow Noah back into their home. In a series of shocking and shattering revelations, Adrianne is forced to make the hardest decision of her life. Just how far will she go to protect her son?

Saving Noah challenges everything you think you know about teenage sexual offenders. It will keep you up at night long after you've read the last page, questioning beliefs you once thought were true.