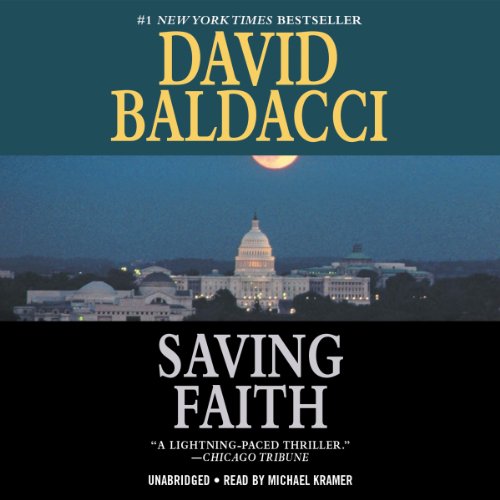 In the field of popular fiction David Baldacci is far ahead of the competition. Continuing his string of New York Times best sellers, Baldacci presents his most electrifying story to date-a novel of nonstop action, vividly etched characters, and an astounding vision of the inner sanctums of our government.

Not far from Washington, D.C., in a wooded area of Northern Virginia, a small house at the end of a gravel road serves a secret purpose. With its sophisticated security apparatus and hidden miniaturized cameras, it is being used by the FBI to interview one of the most important witnesses the agency has ever had, a young woman with an incredible story to tell. But a few people know about the secret meeting. And for them, a violent drama is about to begin.

One man-a local private investigator named Lee Adams-has come to the house on the orders of his client. Another man, a hired killer, stakes out the house on orders from his powerful paymasters. And the witness, Faith Lockhart, is coming to tell the FBI everything she knows about the powerful lobbyist with whom she has worked, a man who manipulates U.S. government policy and who, in the process, made some very dangerous enemies. Then, before Faith can tell her story, the hit man pulls the trigger and the wrong victim falls.

Now Faith Lockhart is on the run-from the most dangerous people in America-with Lee Adams, a man she doesn't know, yet must trust.

A relentless chase novel that unfolds as both the FBI and a killer search for Faith and Lee, this is also a searing and utterly suspenseful tale of power gone mad in Washington, and of one woman's desperate attempt to break out of a web of corruption and terror that reaches much further than even she can know. In the hands of master storyteller David Baldacci, Saving Faith elevates the thriller to a new level and poses stunning questions about the rules we live by, the rules we are governed by-and what happens when some people make rules of their own...