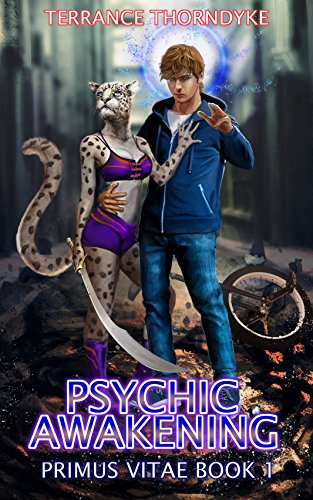 Wilburn Graves has only just overcome his strange inability to talk to anyone as he begins college. The timing is perfect. He's ready to reinvent himself and the first thing he's going to do is ask out the beautiful Zuha Frost. Except that as soon as he gets close to her he sees a snow leopard woman and once again loses his ability to speak.

And then he gets kidnapped.

When Wilburn wakes up in the hospital, he's hearing thoughts and people are doing what he says. He's become part of a secret world, one full of powerful psychics who rule earth from the shadows. And they aren't happy about his suddenly joining their ranks. Wilburn will have to master his quickly growing powers fast if he wants to survive and protect those now loyal to him. Especially Zuha, who has the heir to a powerful family of psychics stalking her.

Fortunately, he's got help in the form of a pair of voices that may or may not be responsible for his kidnapping.

This is an 18+ book intended for mature readers featuring graphic sexual and violent situations.