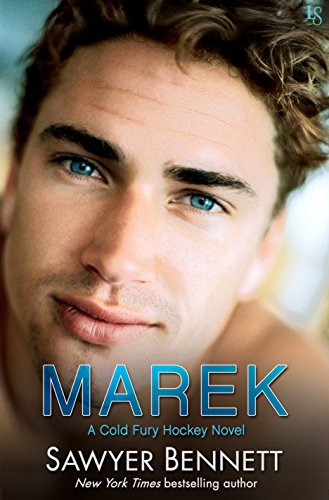 When the Carolina Cold Fury’s hottest young star gets blindsided by an ex with a scandalous secret, it’s game on.

Marek Fabritis is used to delivering blows, not receiving them. But when he gets tipped off by an anonymous email about his ex-girlfriend, the news leaves him ice cold—and it’s not because Gracen Moore is getting married to a total jerk. It’s the fact that Marek has a three-year-old daughter he never knew about. Now he’s going back home, not to play knight in shining armor but to make damn sure that no man takes what’s his. For the first time, there might be something more important than hockey.

Gracen Moore has always loved Marek. That’s why she let him go, so he could pursue a career in the NHL. And that’s why she never told him about Lilly. Only now does Gracen realize that she made an unforgivable mistake. But is that any reason for Marek to crash her wedding and make an epic scene? If the spark that still smolders between them is to be trusted, maybe. Still, Gracen’s not getting her hopes up. Because she knows better than anyone that appearances aren’t always what they seem. . . .

“Marek is a steamy, emotional, second-chance romance that had me rooting for both deeply scarred characters. Sawyer Bennet never disappoints.”—Gillian Archer, author of Rough Ride

“Another five-star read from Sawyer Bennet! A second-chance roller coaster of emotions. I was cheering for Marek from page one. Loved it.”—USA Today bestselling author Sidney Halston

“Marek and Gracen share a difficult past. I enjoyed every minute of their journey toward happily ever after. One of my favorites in the series.”—Wendy S. Marcus

“Get ready. The puck isn’t the only thing that is going to drop”—PopSugar

And the Sugar Bowl series is one treat you’ll want to read in order:
SUGAR DADDY
SUGAR RUSH
SUGAR FREE

Includes an excerpt from another Loveswept title.