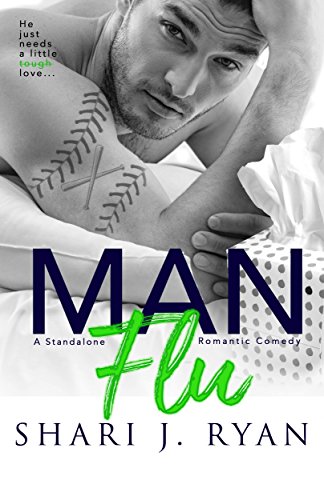 **A standalone Romantic Comedy ** I was trying to live every woman's dream, except my reality has been nothing but a nightmare job and a divorce at the age of thirty-two. Just when I thought things couldn't get any worse, my ex-husband, Rick, moved in next door with his life-size Barbie doll. So, that's been fun.

Then, life pitched me a curve-ball in the form of a retired major-league baseball player, Logan Grier. With his panty-dropping smile, he’s like an expertly photoshopped version of David Beckham, and he's single. Could life be perfect after all? Of course not. As always, there had to be a catch. Logan had a secret, and I couldn’t help feeling like the truth was dangling right in front of my face.

With Rick’s daily agenda of torturing me, Logan has been an enticing distraction, despite the little fact that he’s my temporary employee. Plus, I didn’t exactly care that his flirty behavior may have been a plan to get in good with the boss. In any case, I was willing to toss a few balls with him, seeing as my playing field hadn’t had any action in over a year.

That’s when it happened…my two worlds collided. Hot temp met the ex, and a full-on bromance was born, but that’s only the beginning.

The “man flu” has come out of nowhere and hit both Logan and Rick with a virus they’re claiming to be worse than childbirth. In fact, they’re pretty sure their end is near.

Will the “man flu” be the kiss of death, or will it be my window for an opportunistic change?