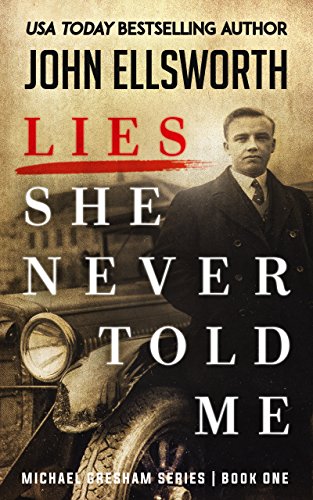 Would You Kill the Man Your Beloved Grandmother Wants Dead?

Lies She Never Told Me is the story of Michael Gresham's heritage, beginning with his father's father. The book features mob wars in 1920's Chicago; World War II invasions and POW camps; romance between powerful men and beautiful women; the most infamous mass murder in 1960's Chicago; and the complete growing-up story of Michael Gresham himself, from young boy to young lawyer. The book recounts the first meeting between Michael and his famous investigator Marcel in Operation Desert Shield when both young men are soldiers on the track of Saddam Hussein.

Finally, when Michael's grandmother comes to him with a request that he track down and kill one man, can he refuse? He's been trained as a lawyer, he believes in the rule of law, and he believes that no man is above the law. But his grandmother won't let him go. She tells him a certain man must die for his crimes. Michael loves his grandmother with every cell in his body. Can he refuse her dying wish? Will he honor the vow he makes to this most important woman in his life?

And so the hunt begins.

Who will Michael find first: the killer or himself?

Author's note: This book was originally titled No Direction Home when it was on preorder.