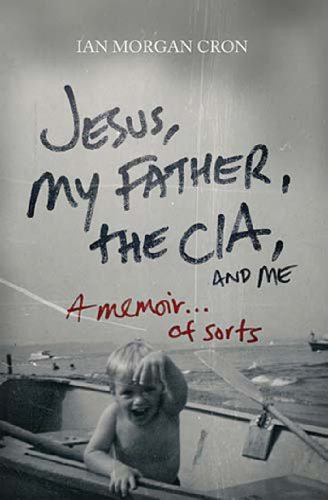 Learn the personal story of Ian Morgan Cron, the enneagram best-selling author of The Road Back to You.

In this surprisingly funny and forgiving memoir, Ian reminds us that no matter how different the pieces may be, in the end we are all cut from the same cloth, stitched by faith into an exquisite quilt of grace.

“When I first discovered the grainy picture in my mother’s desk—me as a towheaded two year old sitting in what I remember was a salmon-orange-stained lifeboat—I was overwhelmed by the feeling that the boy in the boat was not waving and laughing at the person snapping the photo as much as he was frantically trying to get the attention of the man I am today. The boy was beckoning me to join him on a voyage through the harrowing straits of memory. He was gambling that if we survived the passage, we might discover an ocean where the past would become the wind at our back rather than a driving gale to the nose of our boat. This book is the record of that voyage.”

When he was sixteen years old, Ian Morgan Cron was told about his father’s clandestine work with the CIA.  This astonishing revelation, coupled with his father’s dark struggles with chronic alcoholism and depression, upended the world of a boy struggling to become a man.  Decades later, as he faces his own personal demons, Ian realizes the only way to find peace is to voyage back through a painful childhood marked by extremes—privilege and poverty, violence and tenderness, truth and deceit—that he’s spent years trying to escape.