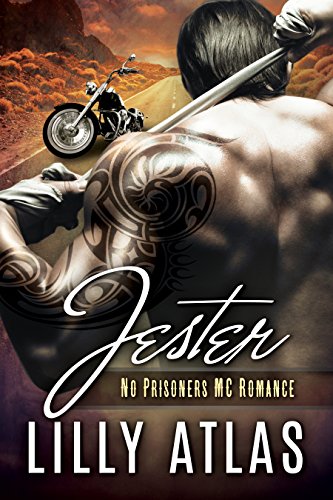 Thrust into a world of danger and fear, first grade teacher, Emily, is forced to comply with a terrifying MC president’s demands in order to save her brother’s life. Her only port in the storm is Jester, a member of a rival MC she’s supposed to use and betray. Jester proves to be the opposite of everything Emily expects, and before long she’s in his bed, and he’s in her heart.

Jester would give life and limb for the No Prisoners Motorcycle Club. His sole focus needs to be on the impending attack against their enemies, the Grimm Brothers. Meeting sweet and innocent Emily wasn’t part of his plan, and falling for her is out of the question.

Can Emily save her brother’s life without destroying the man who opens her eyes and heart to an amazing world of pleasure? She’ll do anything in her power to help her brother while protecting Jester, but when Jester finds out she was sent by his enemy, she may lose everything she’s trying to preserve.

This book is recommended for 18+ due to graphic sexual content and explicit language.