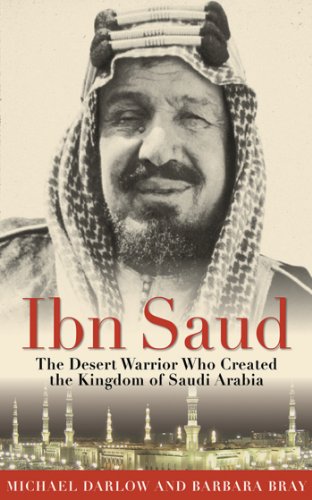 Ibn Saud grew to manhood living the harsh traditional life of the desert nomad, a life that had changed little since the days of Abraham. Equipped with immense physical courage, he fought and won, often with weapons and tactics not unlike those employed by the ancient Assyrians, a series of astonishing military victories over a succession of enemies much more powerful than himself. Over the same period, he transformed himself from a minor sheikh into a revered king and elder statesman, courted by world leaders such as Churchill and Roosevelt. A passionate lover of women, Ibn Saud took many wives, had numerous concubines, and fathered almost one hundred children. Yet he remained an unswerving and devout Muslim, described by one who knew him well at the time of his death in 1953 as “probably the greatest Arab since the Prophet Muhammad.” Saudi Arabia, the country Ibn Saud created, is a staunch ally of the West, but it is also the birthplace of Osama bin Laden and fifteen of the nineteen 9/11 hijackers. Saud’s kingdom, as it now stands, has survived the vicissitudes of time and become an invaluable player on the world’s political stage.