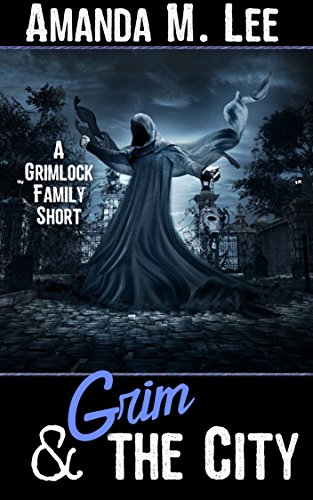 Life is never dull in the Grimlock world and that's never been more apparent than now, thanks to one household becoming two and four hearts becoming rambunctious.
For Aidan Grimlock, he thought moving in with his boyfriend Jerry would be easy and the extra space would serve as a buffer from Jerry's rather large personality. All of that changes when Jerry insists they visit the local home expo, thus undertaking a humongous decorating project.
Aidan isn't in the mood, which leads to a fight, which leads to Jerry storming out, which ultimately leads to him giving in when his sister calls to report her soul has gone AWOL at - you guessed it - the home expo.
Aidan has to help his sister with her soul-sucking duties, deal with his boyfriend, grapple with rogue reapers and pretend he's totally okay with Jerry's decorating choices.
It's all in a normal day's work for this easygoing reaper … until absolutely everything blows up in his face.
What else is new, though, right?

Note: This is a 28,000-word short set in the Aisling Grimlock world and told from the point-of-view of her brother. It is set in the past, although only a few months, and can be read at any time.