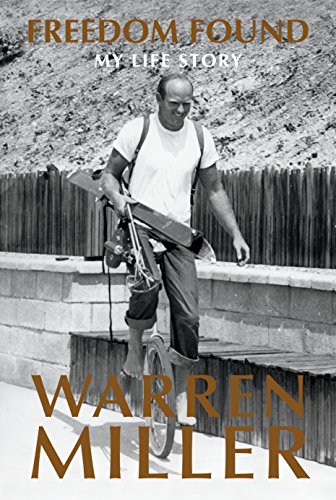 Warren Miller is known as skiing’s greatest storyteller and as the godfather of action-sports filmmaking. Now, here at last, is the rest of his extraordinary life story―and what happened behind the camera is even more remarkable than what you saw on the big screen. In this soul-searching autobiography, Warren reveals the secrets of his past and the peaks and valleys he navigated in bringing the sport he loves to audiences worldwide. Freedom Found is a must-read for Warren’s legion of fans, ski history enthusiasts, adrenaline junkies and anyone whose interest is piqued by an extraordinary 20th-century success story. This is a heartwarming and at times heart-wrenching account of an American innovator who did it his own way, understood the importance of making people laugh, and never looked back…until now.