Home › PDFs › Encounters With a Rogue (Half Moon House ) PDF 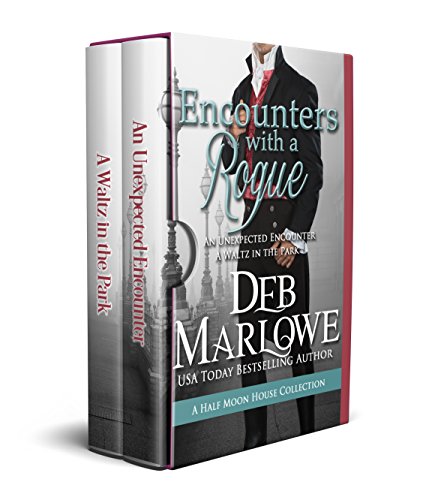 Two related novellas from the Half Moon House series, now available together!

Tall, practical girls might not be worth much in man's world, but Miss Lisbeth Moreton knows she's worth more than the squire's prized heifer.

To change her fate, she's run off to a date with destiny at the British Museum. Her would-be swain never shows, but an unexpected encounter with Lord Cotwell and his lonely ward might lead to altogether new prospects . . . and perhaps to love.

A Waltz in the Park

James Vickers once believed honor and family duty to be his life's work. Now he knows better--and he's appointed himself as silent witness to his father's sins. His greatest goal is to act as the continuously pricking thorn in his lordship's side--and scandal is his greatest weapon. He has no use for an innocent young miss.

Propriety is Miss Adelaide Stockton's most important asset. She must be all that is prim and proper if she's to live down her parent's misdeeds and have any hope of catching a husband. She must avoid scoundrels like Vickers at all costs.

Yet fate has thrown them together--and given each a key to the other's ambition. A bargain is struck...but together they find that gaining what one desires most is far more difficult than a waltz in the park.