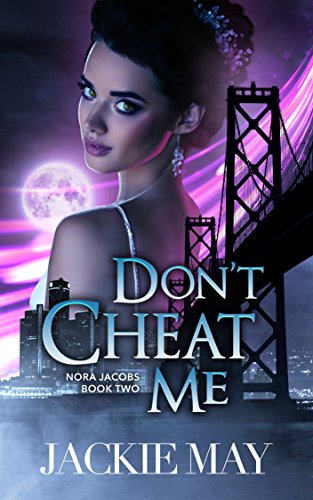 One month after Nora's violent induction to the dangerous supernatural side of Detroit, she's finally settling into her new life as the underworld's token human. All she wants to do is mind her own business, enjoy her new friends, and stay safe. But that's easier said than done when she's such an enigma to everyone around her.

Thanks to her unique psychic abilities, she's garnered a reputation for being mysterious and powerful. When the alpha of a local werewolf pack asks her to help him figure out who is stealing from him, she can't say no, even though getting involved in pack business could have deadly repercussions.

While tangled up in a heap of werewolf troubles, Nora can't quite shake her old vampire problem, either. Henry is practically stalking her, Parker is breaking down the walls around her heart, and Nora's blatant fear of the blood-sucking monsters is a delicious temptation for the natural predators.

Nora's succubus friend, Cecile, believes throwing her a "coming out" party into underworld society is the best way to solve all of her problems. Nora disagrees. If the vampires and werewolves don't kill her, Cecile's party planning definitely will.

* This is book 2 in the Nora Jacobs series and should be read after book 1. It is a slow burn reverse harem series.