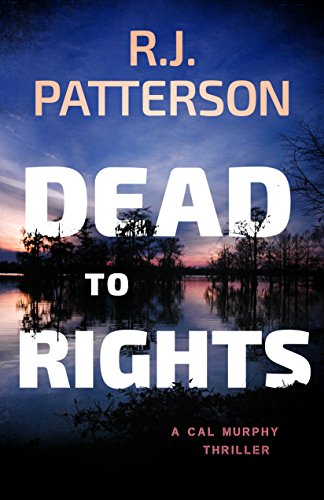 On death row for killing the only woman he ever loved ...

Seattle superstar running back Isaiah Drake was on top of the world and about to marry his high school sweetheart Susannah Sloan. But everything came crashing to a halt when he was arrested for murdering her—but Drake couldn’t recall what happened that fateful night. Twelve years later, he's on death row in Georgia and nearing the end of his appeals when he makes a final desperate cry to get someone to help him before his time is up.

Seattle-based sports writer Cal Murphy and his wife Kelly venture south on assignment to feature Drake's story. However, before they leave on their flight, the Innocence Alliance—an organization that helps innocent death row inmates who've been wrongly convicted—asks Cal to return to the scene of the crime deep in the Okefenokee Swamp and find out if it's a case worth pursuing.

Scared about what he might learn regarding his favorite football player from yesteryear, Cal must unravel a mystery that had far-reaching implications on a small town and not a single reliable witness. Facing mounting pressure from the sheriff to leave, Cal and Kelly must navigate political landmines and uncover deep and guarded secrets in an effort to prove Drake's innocence—or his guilt.

This mystery thriller from award-winning and bestselling author R.J. Patterson will have you guessing until the very last page.