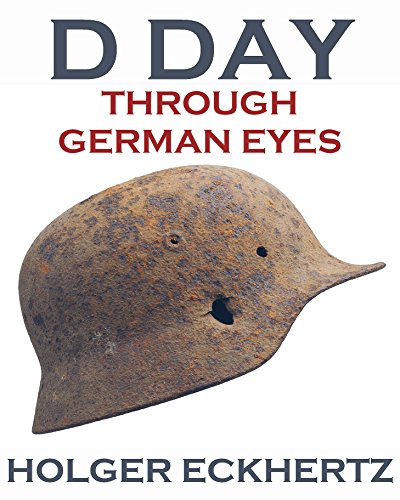 This is the hidden side of D Day which has fascinated readers around the world.

Almost all accounts of D Day are told from the Allied perspective, with the emphasis on how German resistance was overcome on June 6th 1944. But what was it like to be a German soldier in the bunkers and gun emplacements of the Normandy coast, facing the onslaught of the mightiest seaborne invasion in history?
What motivated the German defenders, what were their thought processes - and how did they fight from one strong point to another, among the dunes and fields, on that first cataclysmic day? What were their experiences on facing the tanks, the flamethrowers and the devastating air superiority of the Allies?

This book sheds fascinating light on these questions, bringing together statements made by German survivors after the war, when time had allowed them to reflect on their state of mind, their actions and their choices of June 6th.

We see a perspective of D Day which deserves to be added to the historical record, in which ordinary German troops struggled to make sense of the onslaught that was facing them, and emerged stunned at the weaponry and sheer determination of the Allied soldiers. We see, too, how the Germans fought in the great coastal bunkers, perceived as impregnable fortresses, but in reality often becoming tombs for their crews.

Above all, we now have the unheard human voices of the individual German soldiers - the men who are so often portrayed as a faceless mass.