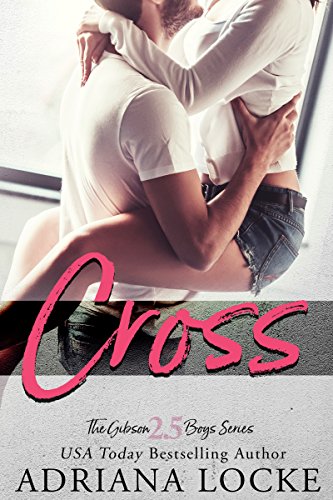 Cross Jacobs was a screw-up.

Everyone knew it, especially him, and the point was hammered home when Kallie Welch drove herself right out of his life.

Seeing Cross wasn’t on Kallie’s to-do list. She didn’t think she could avoid him forever but trying never hurt anyone. One minute she’s standing by herself and the next she’s accosted by a rich, velvety scent that could only belong to one man: Cross.

At face value, he’s divine. All rugged and confident with a smile that melts her right where she’s standing. It doesn’t take long to find him to be charming, witty, and the owner of a few legitimate businesses. Not at all like the mischievous boy she left.

He laughs and her heart flutters. With a touch of his hand, she’s dizzy. She’s fairly certain she’s going to die when he pulls her into an embrace and touches his lips to her forehead.

It feels right. It feels so right.

Cross is a novella, originally published in the Team Player Anthology. Cross includes three chapters not included in the original story. There are also two Gibson Boy short stories, Restraint and Crash, included at the end for your enjoyment.