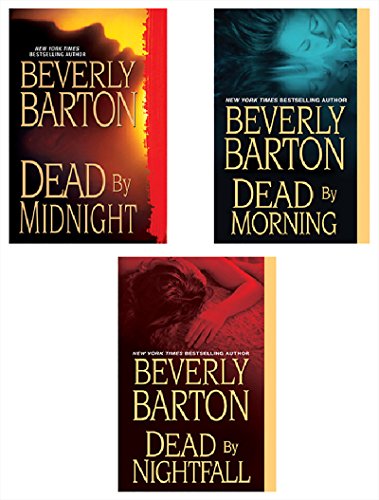 The last sounds Dean Wilson hears are a clock striking twelve and a killer's taunting words. And his death is just the first. One by one, victims are stalked and shot at close range. Only the killer knows their sins, and who will be the next to die at midnight. . .

In the ten years since her Hollywood career imploded, Lorie Hammonds has built a good life in her Alabama hometown. When the first death threat arrives, she assumes it's a joke. Then she gets a second note. Sheriff Mike Birkett, her high-school sweetheart, has avoided Lorie since she returned to Dunmore, but when investigators uncover her connection to a string of recent murders, he's drawn into a case that's terrifyingly personal.

He begins his work just before dawn, wielding a knife with the precision of a surgeon. Cunning and meticulous, he's always in control. Mercy is not an option. . .

Maleah Purdue is tough, outspoken, and completely dedicated to her work at the Powell Security Agency. But her fearless exterior shatters when a madman begins killing her colleagues one by one, mimicking a notorious serial killer already behind bars. Working alongside top profiler Derek Lawrence, Maleah will do anything to find the murderer, even if it means playing a psychopath's twisted mind games.

No one connected to the Agency is safe. No one is beyond suspicion. For as Maleah and Derek piece together the clues, they uncover a chilling legacy of lies and brutal vengeance-and a killer who has been hiding in plain sight all along. . .

Malcolm York is a sadistic monster, guilty of unspeakable crimes. And with his endless wealth he's funded a series of depraved hunts. The few who survived can never forget. They can only be thankful the terror is over. Until rumors start swirling. . .

Griffin Powell knows the twisted depths of York's madness. He's also sure that York is dead. But then Griff's wife, Nicole, disappears and the phone calls begin--that familiar voice taunting him, promising to destroy everything Griff loves.

Using all the resources of the Powell Agency, Griff searches for Nic, aware that every step propels him further into a madman's web. Because the only way to keep Nic safe is to join one last perverse game where winner kills all, and the loser is dead by nightfall. . .