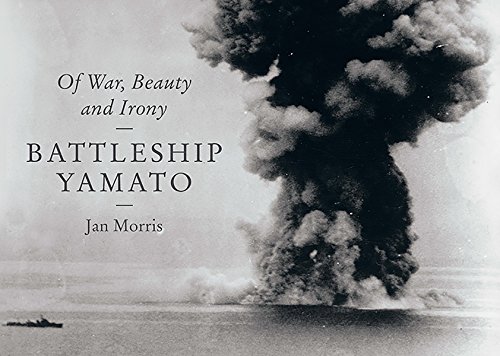 An extraordinary―and strikingly illustrated―reflection on the meaning of war from one of our greatest living writers.

The battleship Yamato, of the Imperial Japanese Navy, was the most powerful warship of World War II and represented the climax, as it were, of the Japanese warrior traditions of the samurai―the ideals of honor, discipline, and self-sacrifice that had immemorially ennobled the Japanese national consciousness. Stoically poised for battle in the spring of 1945―when even Japan’s last desperate technique of arms, the kamikaze, was running short―Yamato arose as the last magnificent arrow in the imperial quiver of Emperor Hirohito. Here, Jan Morris not only tells the dramatic story of the magnificent ship itself―from secret wartime launch to futile sacrifice at Okinawa―but, more fundamentally, interprets the ship as an allegorical figure of war itself, in its splendor and its squalor, its heroism and its waste. Drawing on rich naval history and rhapsodic metaphors from international music and art, Battleship Yamato is a work of grand ironic elegy.