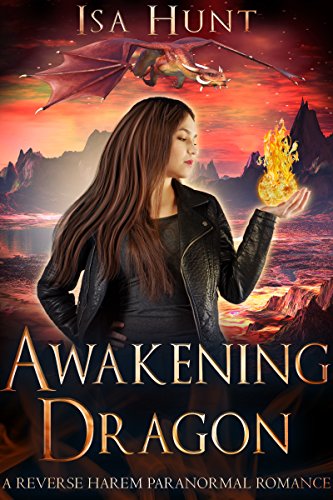 A dragon queen waiting to be unleashed. Three hot Alphas fighting to take her. An enemy who is out for blood.

Kelly is pretty sure that she’s the most regular girl in the world. Until she almost gets killed three times on the same day. And is rescued by three insanely hot men.

Her rescuers let her in on a little secret: shifters exist. Oh, and by the way, she’s a shifter too. Not just any shifter, though. She’s the last of a bloodline that goes back thousands of years. She’s the dragon queen, destined to unite all shifters.

As though that’s not enough to take in, Kelly is supposed to take three alpha shifters as her mates. It’s the only way to activate her powers.

Not that mating with three hot guys is the worst thing in the world. The problem is that there might not be enough time. Kelly and her mates have a gang of bikers on their heels. And they are out for blood.

This story has a HEA, so no cliff-hangers. It is the first in a series of reverse harem romance books with ongoing storylines. A new story will be released every month. At the end of the series, the stories will be bundled in a box set. This steamy story is for 18+ readers only.