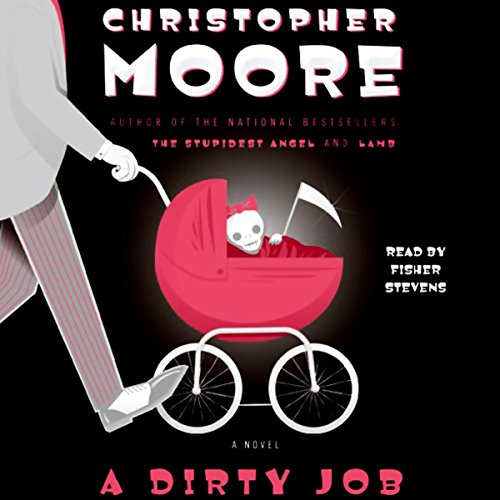 Charlie Asher is a pretty normal guy, the kind of fellow who makes his way through life by being careful and constant. And Charlie's been lucky. He's married to a bright and pretty woman who actually loves him for his normalcy, and who is about to have their first child.

Yes, Charlie's doing okay. That is, until the day his daughter, Sophie, is born. Just as Charlie turns to go home, he sees a strange man in mint-green golf wear at his wife's bedside, a man who claims that no one should be able to see him. But see him Charlie does, and from here on out, things get really weird. . . .

People start dropping dead around him. It seems that everywhere he goes, a dark presence whispers to him from under the streets. Strange names start appearing on his nightstand notepad, and before he knows it, those people end up dead, too. Yup, it seems that Charlie Asher has been recruited for a new job, an unpleasant but utterly necessary one: Death. It's a dirty job. But hey, somebody's gotta do it.

Bestselling author Christopher Moore now shines his comic light on the undiscovered country we all eventually explore -- death and dying -- and the results are hilarious, heartwarming, and a hell of a lot of fun.