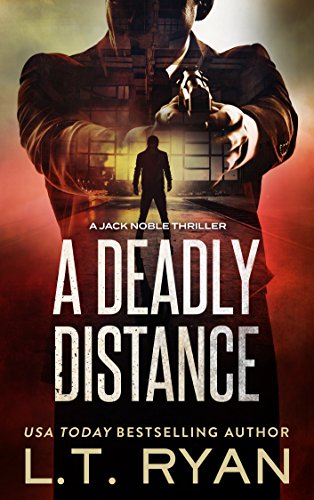 Jack is back in the second page-turning novel in the USA Today bestselling Jack Noble Thriller Series.

Washington, D.C. Midday. A man waits at a bus stop, his intentions unknown. Two government operatives have been stalking him for days, waiting for him to make his move. Unexpectedly, the man takes off running and heads for a deserted warehouse.

Jack Noble and his partner, Frank Skinner, believe the man to be part of a terrorist organization that is involved in smuggling drugs and guns and men into the country. But it turns out their plan involves far more export than import, and hits a lot closer to home.

As the case unfolds, the man behind it all reaches out to Jack with a simple message... 37 hours.

This fast-paced crime thriller with over 350-5 star reviews by USA Today bestselling author L.T. Ryan will have you burning through the pages as Jack Noble races to stop a madman before he claims Noble's life.

Other Books in the Jack Noble Series of Political and Action Thrillers
A Deadly Distance is the second of twelve Jack Noble espionage thriller books. In addition, a recently released prequel, and two series spin-offs are available. The series has earned thousands of five-star reviews, and has been downloaded over two-million times to Kindles around the world.

If you enjoy gripping thrillers loaded with suspense, action, twists & turns, Jack Noble is for you!

"JACK NOBLE IS MY JASON BOURNE!"

"This is an awesome story - so captivating that you'll read it late into the night. Highly recommend.."

"I have really enjoyed reading the Jack Noble series, and this one is no exception, he may have replaced Jack Reacher as a new favorite!"